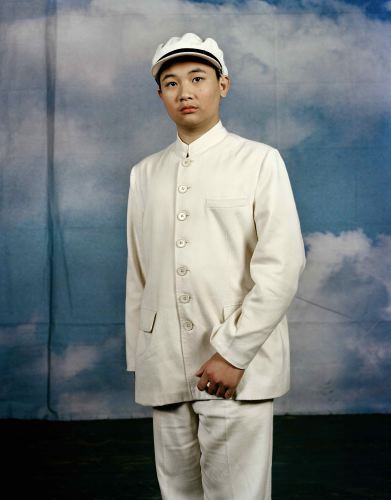 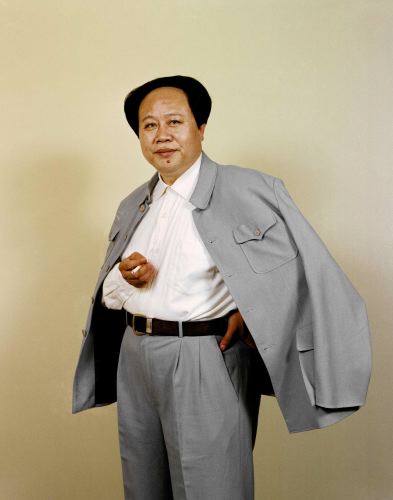 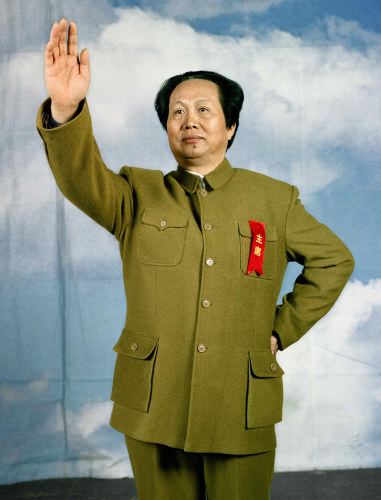 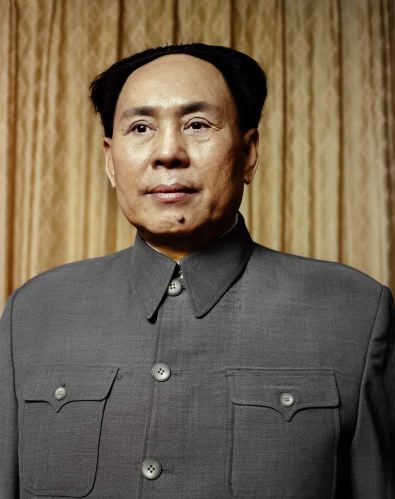 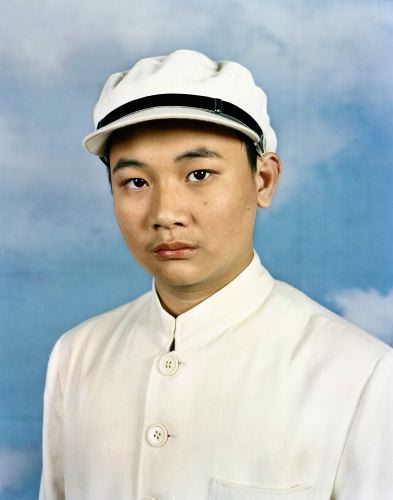 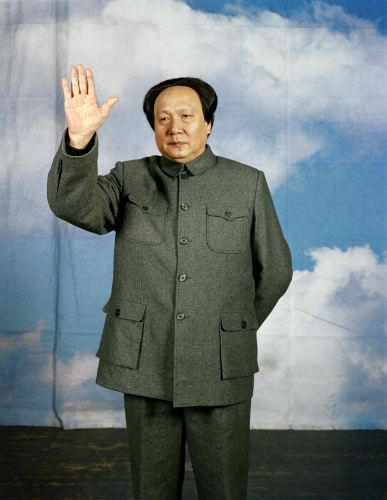 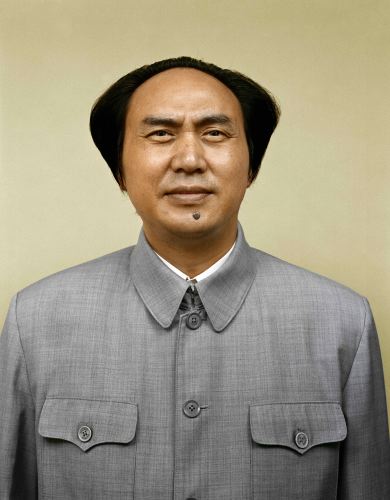 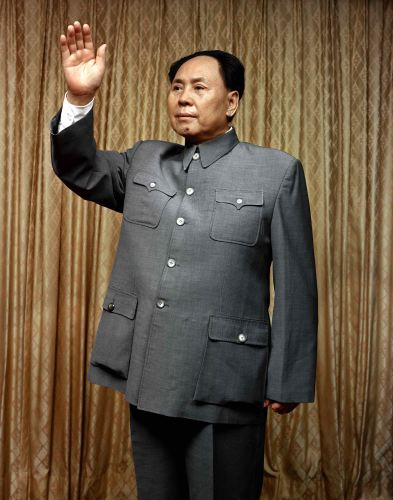 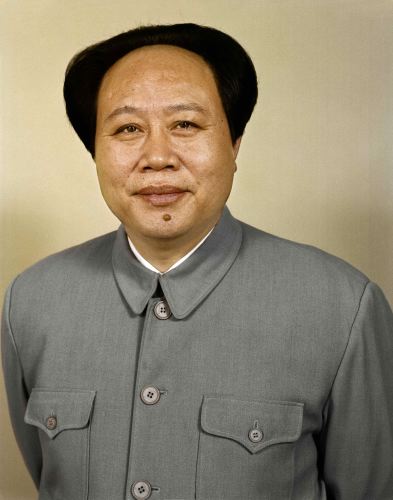 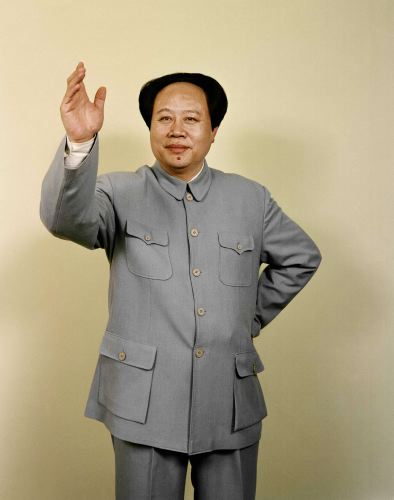 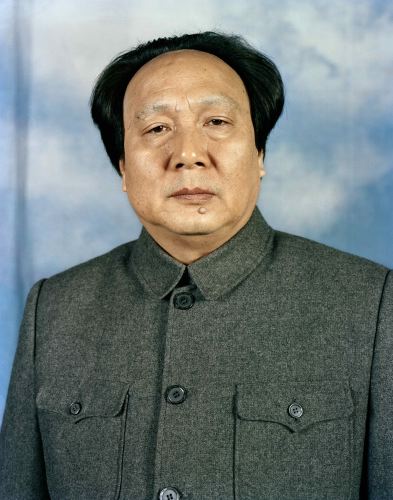 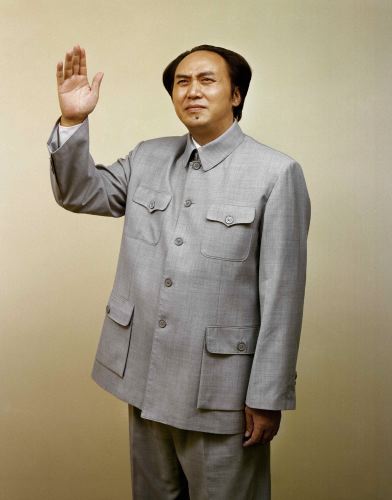 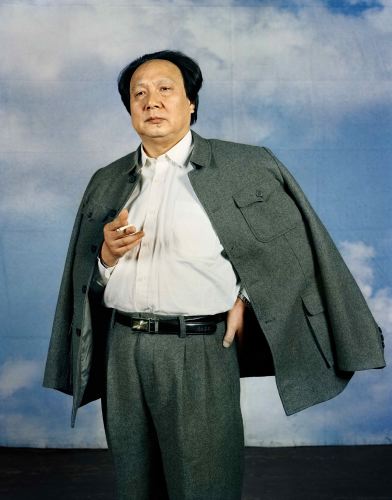 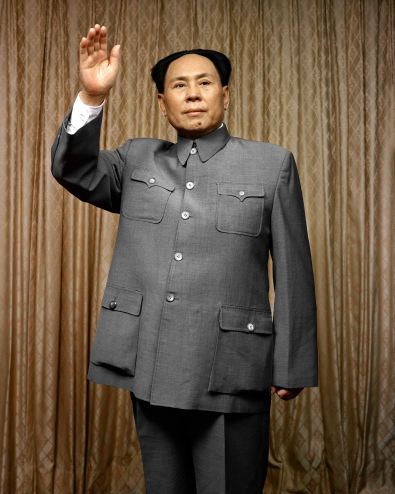 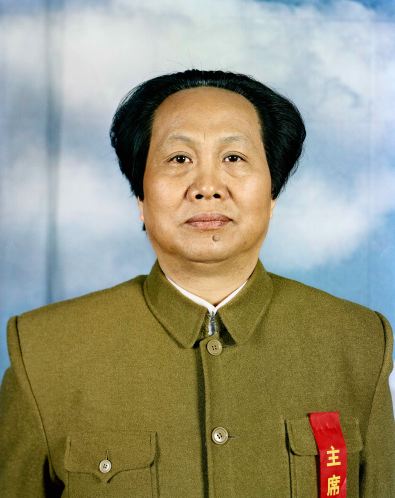 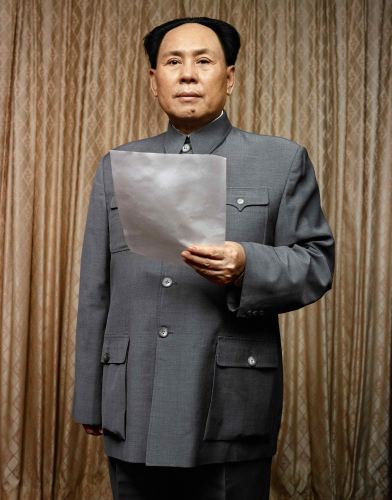 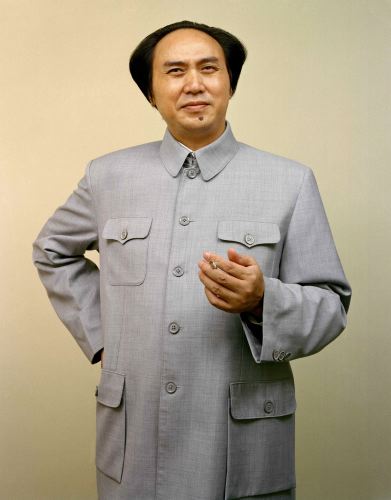 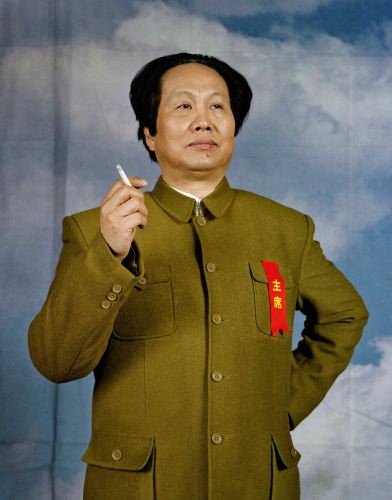 “Among the key figures set up as commercial icons, Mao Zedong leads the way. Cups, watches, perfume bottles and other mass-produced consumer goods haunt the daily life of Chinese people. From bank notes to Andy Warhol’s portraits, the Chinese economy has never so much benefited from the Great Helmsman than with this unbridled exploitation of his image. And this cult of the personality has not only taken over window shops. It also sneaks into the theater, political celebrations, or even nostalgic citizens’ weddings. For his recent photographic series, the artist Tommaso Bonaventura followed Chinese actors specialized in the imitation of Mao, and who
perform their act every day across the country. For the series If I Were Mao, he painstakingly convinced them to be photographed. From the grey suit, symbol of the Cultural Revolution, to the former leader’s military uniform, from the very peculiar way he held his cigarette to his mimics and twitches, these doubles study every single detail even to the point of undergoing plastic surgery in order to adopt his hairline
and mole. This multiplication of Mao through the photographic series nevertheless establishes a critical, maybe even ironic distance; and yet, these actors’ intention seems less to be derision than a form of homage to the emperor of the official history. Thus, what our Western eye would qualify as a consumer good is first and foremost a fabulous propaganda instrument in the service of the Chinese Communist Party. As hero of an astounding cinema industry, with its TV series, 3D animations and historical films—and considering the ban on political satire in the People’s Republic of China—, Mao serves as the Party’s “modern revolutionary alibi.” What these doubles proudly embody with deference is a Chinese mass culture that smoothly satisfies this surrealistic deification process of a superstar Mao.”

I’m drawn to the images of the Mao lookalikes because they don’t seem to be a part of this world, occupying a narrow strip of reality alongside a strange dream. When I look at them I find myself wondering if I really met them, if they truly exist. That they exist is confirmed by their slightly absurd presence, their very real skin and that satisfied look that makes them so human to me. Yet the more they seem real, the less possible they become. I had tried to shake them at first, to get them to speak and reveal their identity. But then, over time, I learned to respect their reserve.