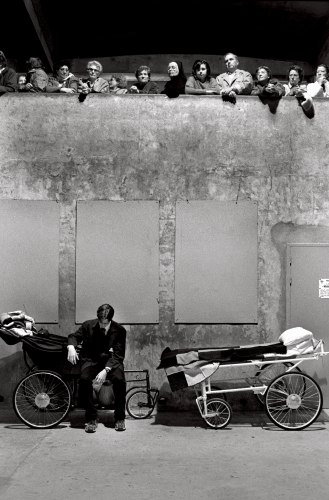 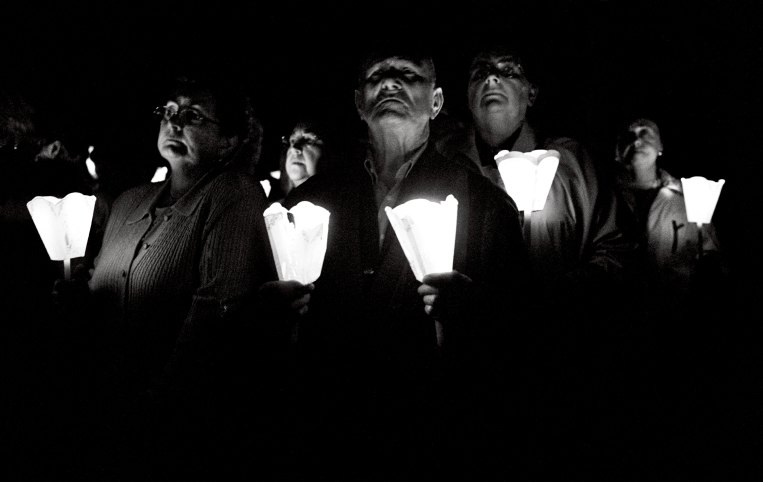 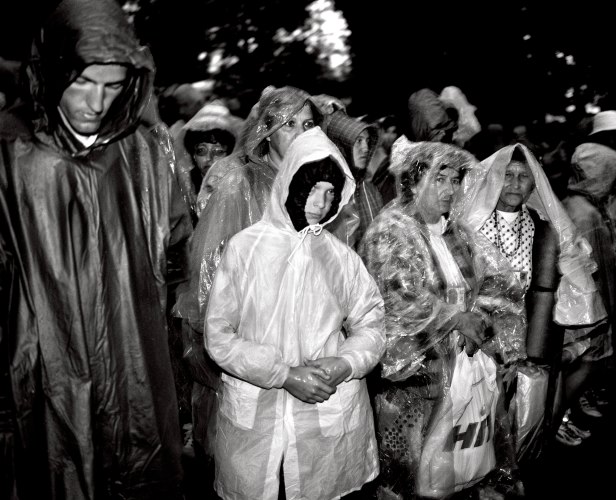 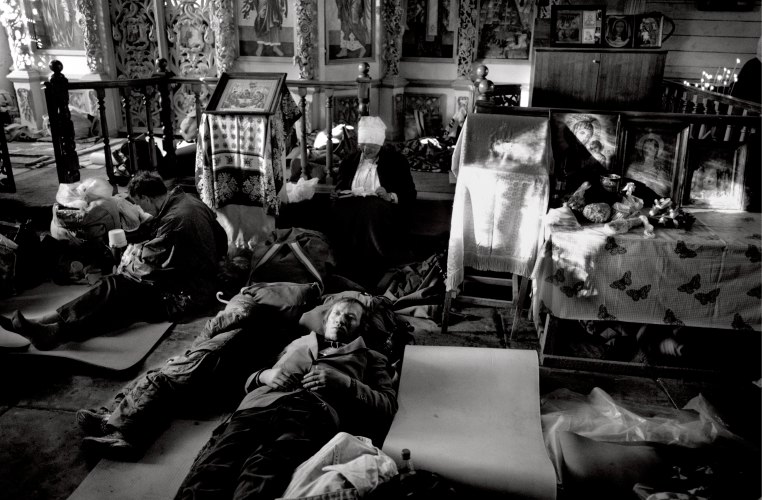 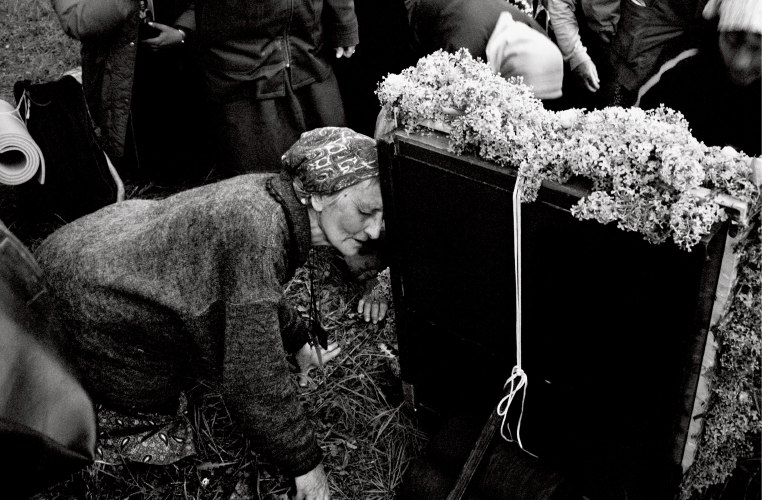 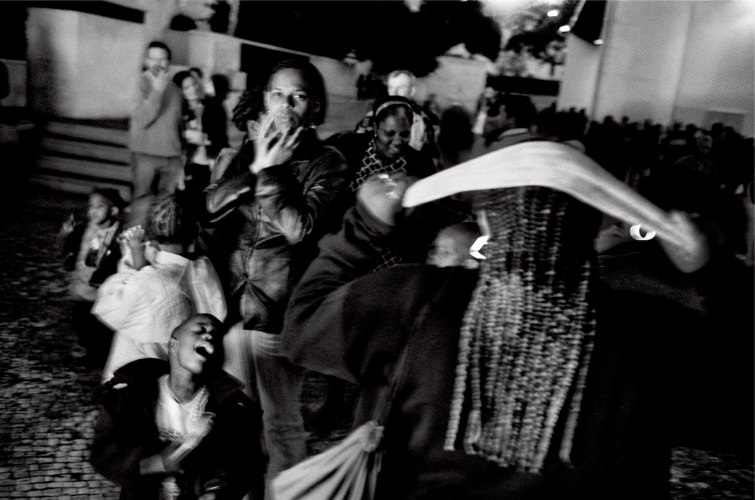 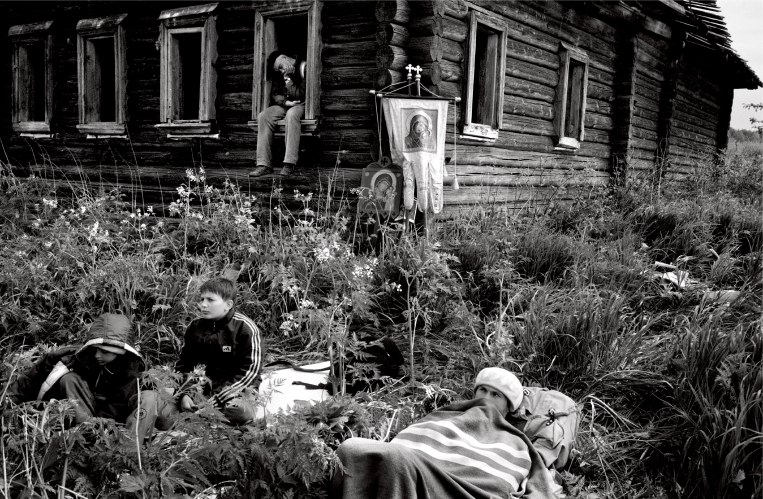 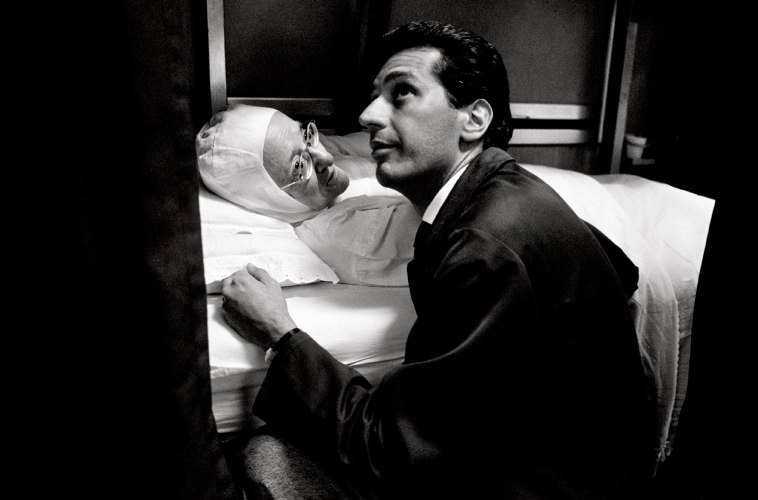 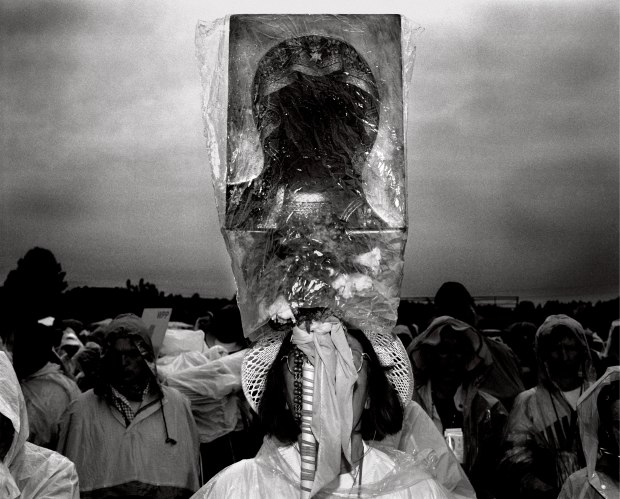 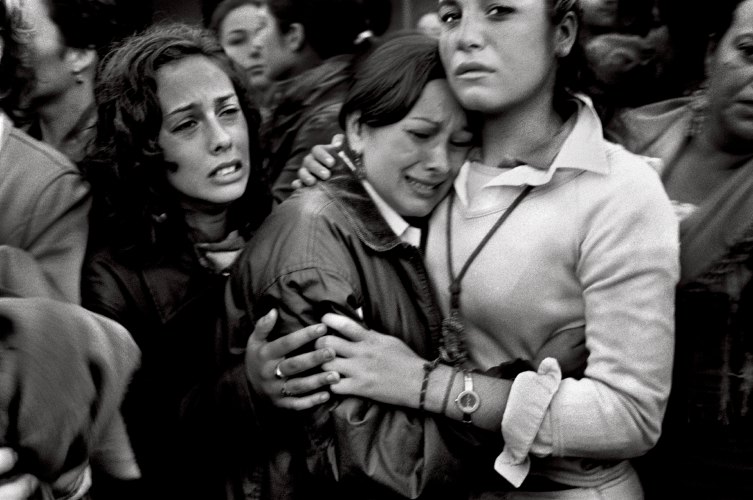 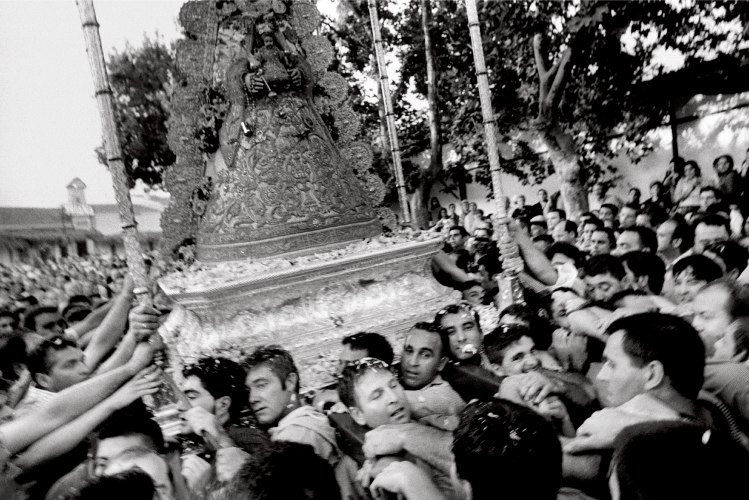 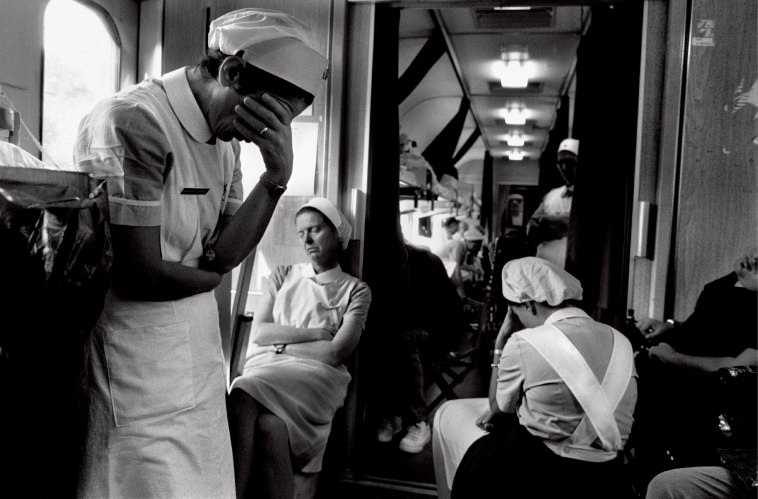 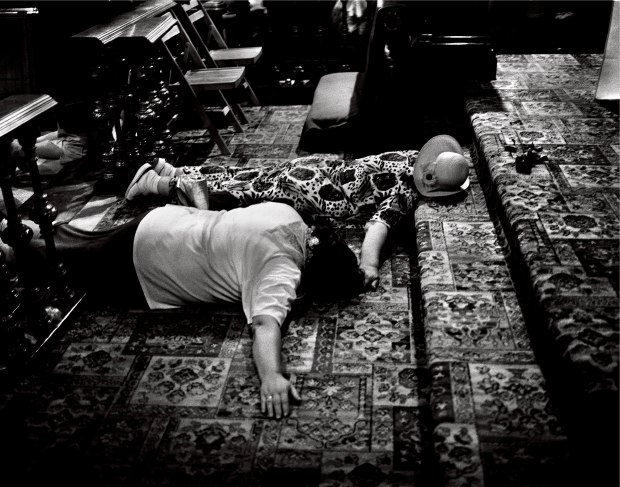 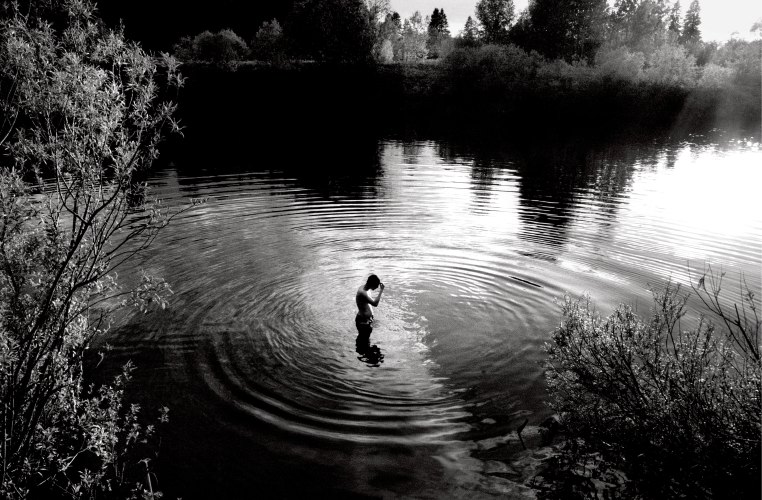 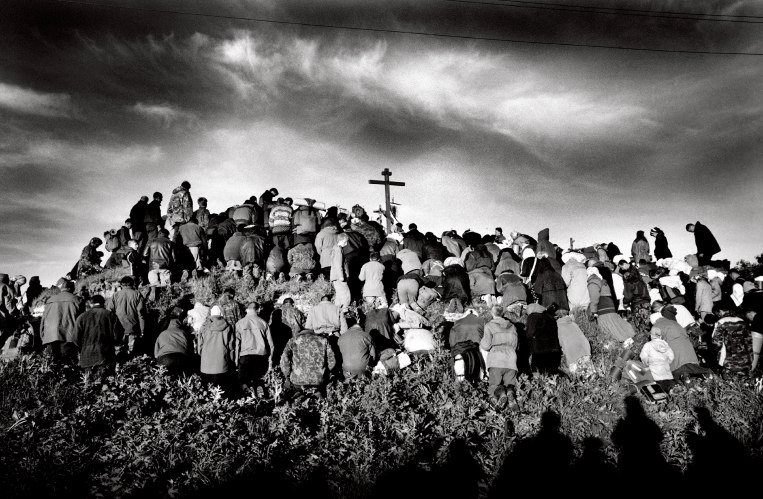 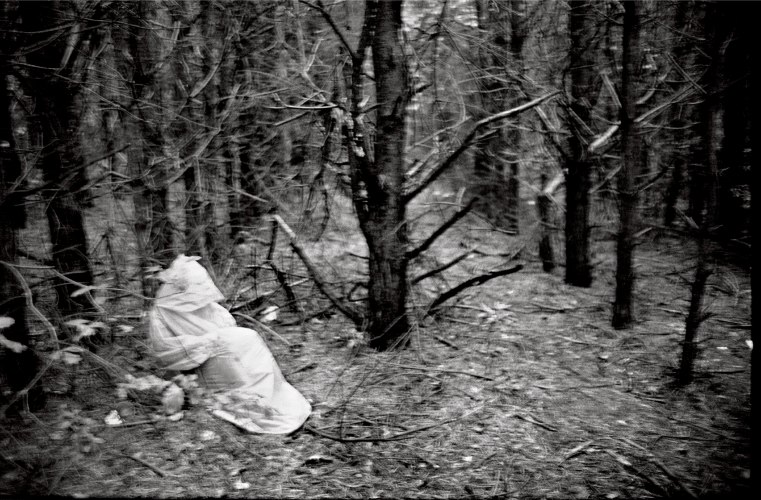 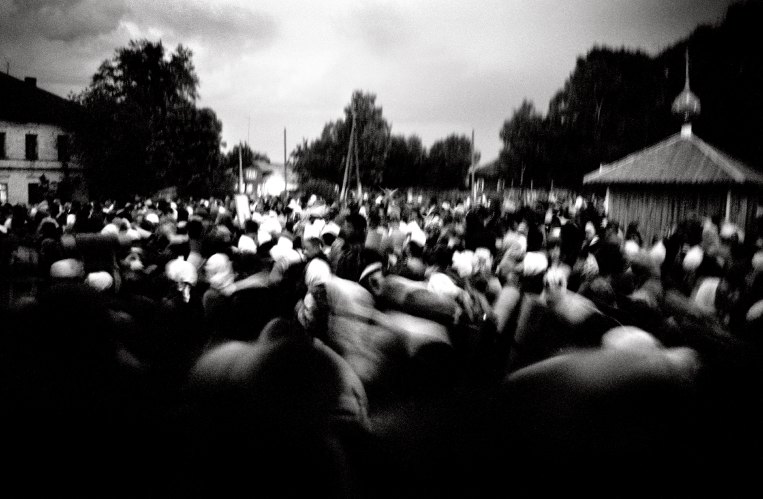 “Pilgrimages have attracted photographers from the world over, and continue to do so. For Bonaventura, pilgrimage becomes an opportunity to understand, and photography the passport that gains him entry into a world that is foreign to him. This is a world of its own, apparently timeless, which travers different countries and unites multidues that recognize in one another a common interpretation of religious faith. Thus begins Bonaventura’s own private pilgrimage, which would last four years and see him accross seven countries, almost a journey of initiation whose aim is comprehension, as he seeks out answers to questions that have not yet been perfectly formulated. The non-believer’s eye- the eye of the photographer- accompanies the pilgrims, records images of the masses in motion, their solitude, their religious symbols, their pain and fatigue, the hope painted on their faces. […] . If photography were still and art divided into various genres, the work of Bonaventura could be defined as a kind of social-humanistic reportage- a genre which, if one chooses to work in it, requires time, sensibility, courage, visual talent, abnegation and patience. These are far too many prerequisites to make such a genre widely practiced – yet each and every one of those characteristics shine through in Tommaso Bonaventura’s lengthy study.